Fighting for our Heritage

You are here: Home / Row3 / Fighting for our Heritage 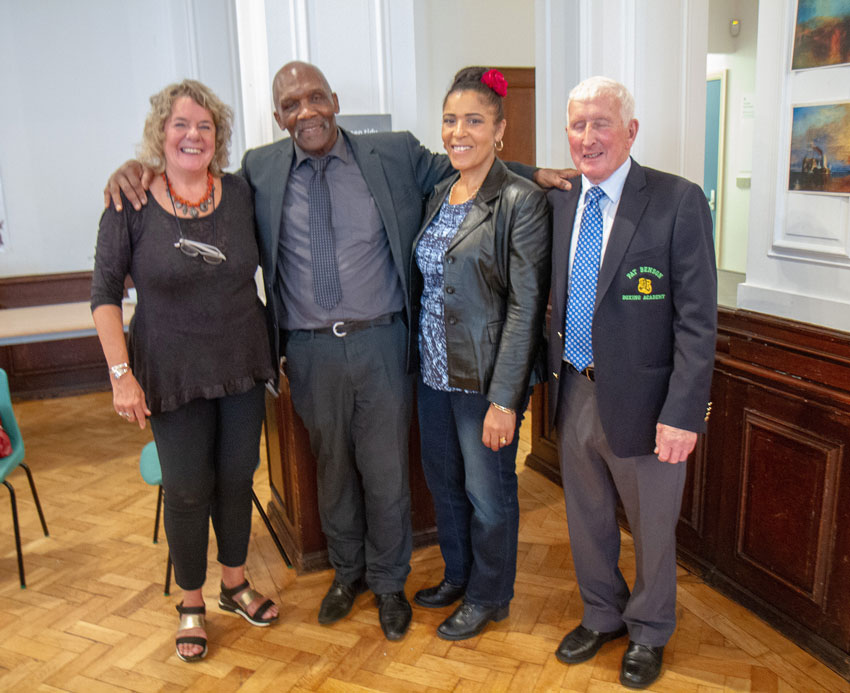 “We wanted to draw attention to an often overlooked, yet significant, feature in the history of Birmingham and its people: ‘The boxing boys and girls of Brummagen’.”

To encourage young volunteers to carry out research, production and interviews with the people who have shaped boxing in Birmingham over the last 70 years. To create an exhibition and lasting archive of community history.

In 2017 PBBA received £47,500 from the Heritage Lottery Fund (HLF) to undertake a project detailing the rich history of boxing in Birmingham.

Fighting For Our Heritage explored the characters and establishments in Birmingham that played a pivotal role in the development of boxing in the city, and uncovered the rich history and heritage hidden in the city’s communities – including the pubs, social clubs and schools where boxing started out.

The project was youth led, meaning that local young volunteers were involved in every part of the project, from event planning and community engagement to photography archiving and digital media. The volunteers conducted important research within communities to uncover local history and gather information, and interviewed some of the individuals who have helped shape the sport over the last 70 years.

By the summer of 2018 the team had gathered hundreds of photographs, tickets, newspaper clippings and other memorabilia, and in August 2018 the Fighting For Our Heritage exhibition opened at Birmingham Museum and Art Gallery. Visitors were able to go and see objects from boxing’s history, including robes, belts and medals, alongside rarely-seen images of Birmingham’s boxing stories, and interviews with Olympians and World Champions from the city. There was also a website and a short film which was made available to the press and public.

The exhibition was due to run for six months, until the end of 2018, but in December it was extended and ran until February 2019.